In recent years some researchers have argued that volcanic eruptions that took place in the Deccan Traps (a region found in modern-day India) played an important role in the extinction of the dinosaurs more than 65 million years ago.

A team of researchers has a different opinion. They have uncovered data that proves that the asteroid impact which took place near the coast of Mexico would have destroyed all the habitats were dinosaurs were present in the aftermath. On the other hand, the consequences caused by volcanic activity would have missed significant areas.

According to the lead researcher of the study, the environmental effects which surfaced in the aftermath of the asteroid impact compromised the habitable environments where dinosaurs were present. Research has revealed that the effects of intensive volcanic activities aren’t strong enough to disrupt global systems.

The quantitative study argues that the major reason for the demise of dinosaurs is the impact winter, which spread across all over the world. A 120 miles crater formed after the asteroid crashed in the Yucatan Peninsula, incinerating everything across hundreds of miles.

In the weeks after the event, temperatures fell sharply as acid rain dropped from the sky, and the sun became impossible to see. It is estimated that 90% of all plants and over 70% of all animals died in what remains the largest extinction event in the history of our planet.

The team of researchers explored their theory with the help of geological climate markers and mathematical models, which took into account the specific conditions needed for the survival of a large number of dinosaur species. According to the results, only the asteroid impact is strong enough to compromise all the regions, while some remain untouched in the case of volcanic eruptions.

More data can be found in the study, which has been published in a scientific journal. 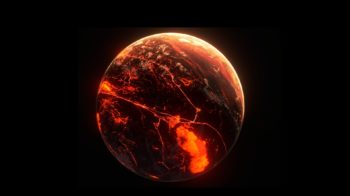 Ogre-faced Spiders Can Hear Without Ears