Apple might surprise you even more if the recent leak turns out to be true. watchOS 7 and iOS 14 could introduce some of the most significant enhancements in terms of software and hardware, so far, for the Apple Watch. Apple seems to prepare some substantial changes to watchOS 7, according to 9to5Mac reports. So, we’ll witness soon a major Apple Watch update, watchOS 7.

According to 9to5Mac reports, based on leaked iOS 14 code, watchOS 7 is rumored to bring a new customized sleep goal in the Health app on an iPhone that will also be utilized to enhance sleep quality and duration. Such news comes as a relief as Apple Watch’s sleep tracking has been speculated for months.

Another significant addition for watchOS 7 could be the experience to share your watchfaces with family or friends. This option will reportedly let Apple Watch users share any desired faces from the Wath app on iOS. But, such a thing won’t necessarily mean that we’ll get full custom watchfaces. It is, however, a step toward being able to share something like that with whoever you want.

watchOS 7 will also bring a new Infograph Pro watchface feature with a tachymeter option. A tachymeter, for your information, is utilized on analog watches to covert elapsed time into a velocity estimation based on distance measured or time travel. 9to5Mac reports also suggest that watchOS 7 will comprise enhancements to photos-based watchfaces parental controls for Apple Watches utilized by children, and adjustments to Watch apps to no longer be based on extensions.

Apple usually shows its iOS and watchOS ideas at the company’s WWDC in June, but it hasn’t revealed a date for WWDC 2020 yet. Given the global new coronavirus breakdown, it is a little bit challenging to say when we might get more details about watchOS 7 and iOS 14. 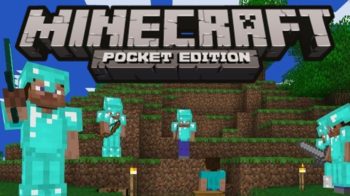