New research infers that a global drop of up to 50% in the seismic vibrations that are usually generated by humans has been recorded during lockdowns and other social distancing strategies that were employed to prevent the spread of the virus.

This is quite noteworthy as human seismic noises can block or drown out signals which are generated by several geological and natural sources, including volcanic activity and earthquakes. Researchers could harness data collected when there was less noise to enhance the warning system and facilitate more accurate predictions.

There are many human activities that generate a large amount of seismic noise, among which we can count driving, drilling, walking, flying, and mining. In each case, the action will encourage the surface of the Earth to vibrate, producing seismic noise.

During the study, the researchers collected and analyzed seismic data from 268 seismic stations spread across 117 countries from all over the world. A specific frequency ranging between 4 to 14 Hz was of particular interest as it is directly tied to vibrations, which are usually generated by human activities. This frequency is known under the name of hiFSAN.

According to the researchers, a visible effect of lockdowns was observed in the case of 185 stations, accompanied by a large-scale reduction in global noise, which began in China during early January and extended to Europe and other continents in March and April 2020.

The drops more noticeable and lasted for a long while in comparison to the ones that tend to be observed during the winter holidays. They were also more obvious in areas that feature higher populations but also present in the case of regions that feature low populations.

One of the researchers who contributed to the study stated that more accurate readings of seismic activity and human seismic noise would be available in the future. 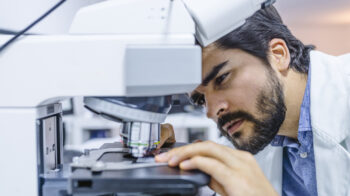