The first big video game developed and published by Amazon was released a week ago, sparking heated debates among players. Crucible is an interesting mixture between several genres, and the combination may not be great for everyone.

Crucible is an interesting entry into the world of competitive esports title. It aims to deliver a fast pacing experience that would please the fans of established titles like Overwatch and Apex Legends while also adding mechanics that are usually found in MOBA titles like League of Legends.

Team player and solo players will be pleased to learn that they can join the fray as a team of up to four people or a solo player that is partnered randomly with other solo players.

Four main game modes can be enjoyed. Teams of two will showcase their prowess in Alpha Hunters, which seems to be more focused on getting a high number of kills, as it is inspired by popular battle royale games. Sixteen teams will fight until only one remains standing.

Heart of the Hives appears to be the main game mode, asking two teams of four players to roam a massive map and hunt down Hives, who are dangerous monsters. The first team which manages to collect three hearts wins the match. Control points will appear around the map and reward extra experience to the team, which manages to conquer them. A Training and Arcade Mode are also available.

The playable characters are the biggest strength of the title, as each of them feels unique, a feat that is quite hard to achieve in the case of hero shooters. Of course, some characters are better than others, but this is to be expected at launch, and buffs and nerfs will address the balance issues at a later point. While the game modes aren’t groundbreaking, they are fun, especially if you can play with friends.

It may not be your next favorite became, but it will provide a few hours of fun for the modest price of free. 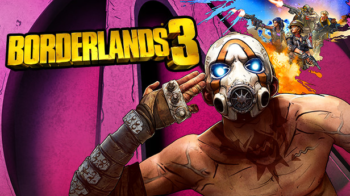 Borderlands 3 Getting Cross-play, but Not on PlayStation

Wasteland 3 – Guide To Improve Your Builds!