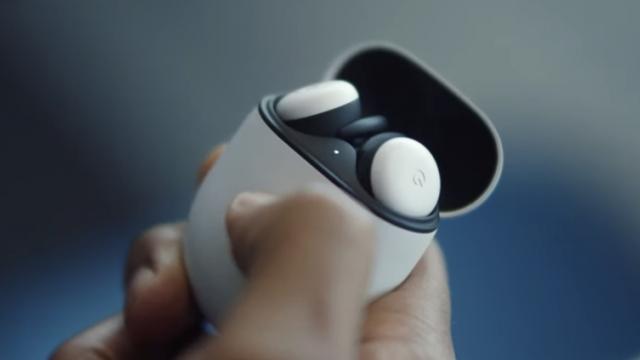 As we already notice it, Google always got a way with the update process. Take the Pixel smartphones, for example. They never disappoint because they got the latest Android variants every time. Also, all the Pixel devices, such as Pixel Buds, are receiving monthly security updates, similar to other flagships released by other brands. And this time around is not different at all. Or at least that’s what some reports tell us so.

Recently, Google introduced the so-called “Feature Drops.” They’re some regular updates developed to bring significant new features to Pixel smartphones, not only security enhancements. It seems that Google truly cares about its Pixel series and users’ experiences. And now it’s ready to move on with another of its devices, the Pixel Buds!

Forbes reported that the tech company has decided to bring the same software update cycle for its Pixel Buds. Or, at least for the new variants that Google recently brought on the markets. And now, we have an official confirmation.

Google announces that it will begin rolling out the “feature drops” updates to the Pixel Buds series. And it will do such a thing even the time of launch is not similar to those of Pixel smartphones. Other details have yet been announced, including what’s going to be introduced in the “feature drop” update, but it did explain that: “the goal will be to continue to introduce new helpful features over time, much like we do with Pixel phones.”

So, if the “feature drops” update for the Pixel Buds series will comprise even only a part of what a similar update for the Pixel smartphones has introduced, it should turn the earbuds even more appealing for users worldwide. Google promised to announce more in the following weeks!

The Realme Narzo 20 Lineup Will Come with These Specs: What to Expect