Remember Apple’s interesting marketing move last year, when they said privacy matters? Well, the second beta of iOS 13.3.1 was released last week to patch a privacy issue that has been affected the iPhone 11.

At the end of this article, we’ve added a short guide on how to deactivate location settings on iPhone 11.

Security researcher Brian Krebs has spotted that his iPhone 11 Pro was still collecting location data even after he set it not to do it.

The company’s response to Krebs direct report was that some system services would continue to collect location data, even if the user set it to “Never,” adding the following:

Apple further explained that the Ultra-Wideband (UWB) chip in the new iPhones needed to check location since they were not universally approved, and the regular check would make sure the chip was being turned off in such places where it’s illegal to use them because of their regulations.

“The management of ultra-wideband compliance and its use of location data is done entirely on the device, and Apple is not collecting user location data,” stated an Apple spokesperson.

However, Apple decided to add a dedicated toggle in location service to completely turn off this feature. Brandon Butch has spotted this toggle in the latest iOS 13.3.1 beta:

So iOS 13.3.1 beta 2 does have a new toggle to disable Ultra Wideband. pic.twitter.com/Tswt7V5GMV

Butch has also followed up with a second comment, saying:

“What’s weird about this toggle is that I’m 99.9% positive that it wasn’t there on day 1 of this beta being released. Apple must’ve added it as a hotfix with no indication of it being added. Strange.”

Without further ado, let’s see how you can deactivate location services in the iOS 13.3.1 beta 2.

Guide: Toggle off Location Service for Ultra-Wideband on iPhone 11 and iPhone 11 Pro 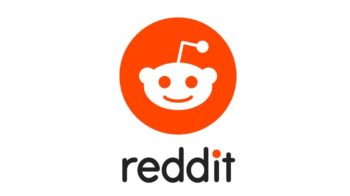 Call of Duty: Warzone Challenge: Find the Easter Egg and Get a Firebrand Blueprint

iOS 14 Issues: Fix The Most Common Problems on iPhone