LG is gearing up to bring a new budget-friendly smartphone under the affordable “W” lineup. Dubbed LG W31, the phone has been leaked many times in the past. Now, the smartphone has been spotted on Google Play Console, where some of the key specs and design are listed.

According to the listing, it can be said for sure that the next variant will be an entry-level handset. Here is what you need to know.

The LG W31’s photo shared on Google Play Console unveiled the front panel that shows some thick bezels on top and the bottom. The waterdrop notch will house the selfie camera.

The handset sports the volume and power keys on the right edge, the SIM card tray is likely on the left alongside another key whose functionality is still unknown. It could be a Google Assistant key.

The LG W31 will flaunt a standard HD+ panel with 720×1600 pixels resolution. The listing doesn’t reveal, however, the display type and size. It’s likely to be an LCD of 6-inches or above. The Google Play Console listing also offers details on the chipset and firmware of the upcoming affordable handset.

The upcoming LG smartphone will get its power from the octa-core MediaTek Helio paired with 4GB RAM. Unfortunately, there’s no mention of the storage capacity.

The LG W31 will house a triple-lens camera module with a 13MP main sensor, including a 12MP sensor and a 2MP sensor.

A battery of 4,000mAh will keep the lights on. Rumor has it; the smartphone might arrive without fast charging support, considering it’s a budget-friendly device.

LG should release an official statement about the upcoming LG W31. Given that the listing emerged now, the smartphone’s launch is imminent.

WhatsApp Might Bring These Cool Features Soon: What to Expect

Installing Mods on Minecraft is Easier Than You Think – Learn How

Huawei Mate 40 Pro Is Beautiful, But Hard To Recommend 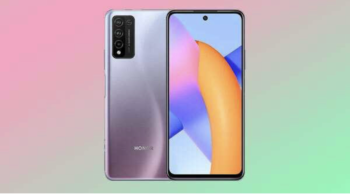 Honor 10X Lite Specs and Features Unveiled: What to Expect