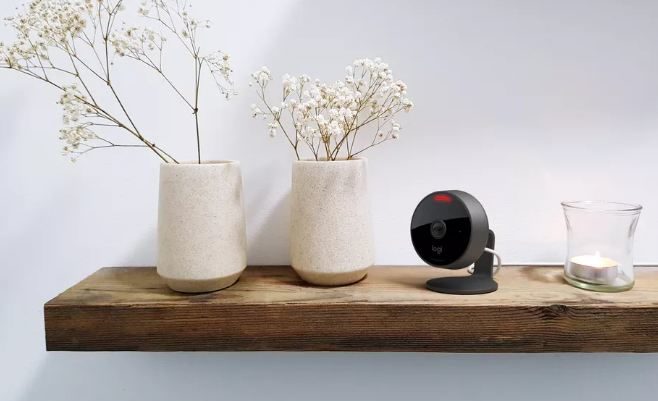 Logitech revealed the next generation of the Circle security cameras recently, dubbed the Circle View. The device resembles its predecessor a little bit, but this time around, we’re going to rely exclusively on Apple’s smart home system to control it.

This upcoming series is a lot more straightforward, which might bring less flexibility overall, but Logitech promised an enhanced experience and more features. Here is what you need to know.

Logitech’s upcoming security cameras can now record up to 1080p video at a 180-degree field of view. It can also shoot infrared footage at night to 15 feet away. These key features are the same as the Circle 2, but this time around, Logitech promises an enhanced night vision.

The Circle View has been developed to work with Apple’s HomeKit, an unexpected decision for some users. It’ll be able to send alerts about people, animals, vehicles, to stream video, and store all the recording in iCloud. Also, users can use any iOS devices to access the camera via Apple’s Home app, whenever they want, if they have a steady Internet connection. Circle View’s exclusiveness means only iOS devices allowed, so if you’re a more Android-oriented person, this security camera series is not the right one for you.

The significant hardware upgrade this generation welcomes is a body redesign. Now, it has a more appealing look, with a nice color touch. The Circle View has a black design and metal base, becoming more sleeker. Notably, the power cable is integrated, and you can connect it via USB. You probably need a power bank if you want to utilize it somewhere else.

As for the camera features, Logitech has introduced some useful features. For instance, the hardware button is on the back so that you can shut off the microphone and camera quickly. The Circle View will hit the markets this month for $160.