When scientists first discovered what seemed to be liquid water on Mars’s surface in 2015, they were ready to examine it. There was, however, one problem: the United Nations’ Outer Space Treaty of 1967 didn’t allow such research due to the risk of contamination. And since they didn’t have any methods of sterilizing the equipment completely of Earth’s germs, any examinations were impossible.

But such a thing is about to change. Recent investigation on the distribution and chemistry of stable liquids on the Red Planet might bring some much-awaited results. Scientists want to find out if those environments would match the extreme life on our planet, such as the arid Atacama Desert in Chile, or the salty, acidic Dallol Geothermal Area in Ethiopia.

While trying to comprehend how life might exist elsewhere, scientists sometimes look at extremophiles, which live in some of Earth’s most extreme areas. But, while these places have some things in common with the Red Planet, they’re nothing like Mars. Liquid water is necessary for us, but on the Martian ground, the water either evaporates or freezes, becoming an impossible element.

On the other hand, water up there doesn’t have to be always fresh to support life. Our planet’s salty oceans are overflowing with it. And it is known that salts of calcium, sodium, and magnesium are rich on the Red Planet. So, if these salts blend with the water to produce a high-salt mix, also known as brine, it would lower the freezing point and decrease the evaporation rate of the liquid. Water would finally linger on the surface.

Moreover, if there is enough moisture in the Mars’ atmosphere, some salt could sustain a process dubbed deliquescence, and absorb the moisture and create a liquid solution. But there is still one question that troubles scientists’ research: Can that liquid brine form and stay on the Red Planet ground longer for terrestrial life to develop?

Recent research required the development of a model to forecast where, when, and for how long brines would persist. Scientists put together an image of where and when liquid brines might appear. What they found is intriguing and much-needed. Scientist Edgard G. Rivera-Valentin from the USRA and LPI, detailed: “We have shown that on a planetary scale the Martian surface and shallow subsurface would not be suitable for terrestrial organisms because liquids can only form at rare times, and even then, they form under harsh conditions.” 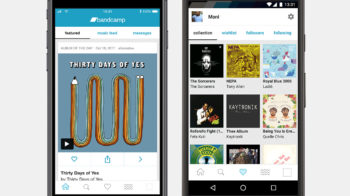