When people read the word “NASA” they tend to think only about spacecrafts, rockets, astronauts and space related words in general, but the name “NASA” is actually an acronym, and it stands for “National Aeronautics and Space Administration”. This article is about the “aeronautics” part of NASA, as they showcased an early version for an all-electric innovative airplane.

The aircraft is known as the X-57 “Maxwell” and it derives from an Italian-built Tecnam P2006T twin-engine propeller plane. It will be powered by a specially designed type of lithium-ion batteries. Work on the plane started in 2015 and it is believed that more than a year separates us from a first test flight around the Edwin Air Force Base.

After attaching the 2 most powerful electric motors (out of a total of 14!) that will make the plane fly, NASA believed that the Maxwell was ready to be showcased to the world.

The plane will be the newest addition to a series of experimental aircraft NASA developed over the past decades.

One interesting detail about it is that its lift propellers will be used only for take-off and landings. They will retract during the cruise flight.

NASA built a high performance simulator concomitantly, with the sole purpose to help pilots and engineers get a grip on what it feels to maneuver the finished version of the Maxwell.

Aim of the project

“We’re focusing on things that can help the whole industry, not just one company,” said Brent Cobleigh, a project manager of NASA’s Armstrong Flight Research. “Our target right now is to fly this airplane in late 2020,” he added.

This means that NASA aims to improve the overall quality and efficiency of flight, which can only turn out good for any fan of travelling by plane.

Neutron Stars Might Have a Bizarre Type of Matter 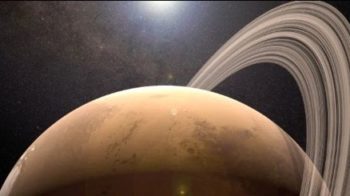 Mars Had Once a Ring, Here is Why