The upcoming Google Pixel 5 is one of the most anticipated smartphones of 2020, as Google has enjoyed a hot streak of devices which have managed to deliver a fine balance between a  great performance and a reasonable price tag.

A 4080 mAh battery will provide enough juice to use the device for a whole day, and it comes with an 18W fast charger as well as support for wireless and reverse wireless charging. Stereo speakers, Bluetooth, NFC, spectral, and flicker sensors are also included, and the device is compatible with the blazing 5G standard.

Some previous sources argued that the Pixel 5 would sport a Snapdragon 765G, and this has been confirmed, disappointing some prospective buyers who hoped that Google would pick the Snapdragon 865 OR 865+. The use of a weaker CPU will also limit the device to Sub-6 5G networks.

The Snapdragon 765G does offer solid performance, and it will be paired with 8GB of RAM as well as 128GB of built-in storage space for the base configuration, which should offer enough space to store a large variety of files before it can be filled.

On the front of the device, users will find a 6-inch OLED panel with a 1080x 2340 resolution and a 90Hz refresh rate. The display will be covered by Gorilla Glass 6 but Google decided to skip popular in-display fingerprint sensors for now, with the sensor being present on the rear.

Two cameras will also be present on the rear of the device in the form of a 12.2MP with dual pixel PDAF as well as OIS and EIS and an ultrawide 16MP sensor. An 8MP selfie camera can be found on the front of the device.

Android 11 will be pre-loaded, and the device also features IP68 water and dust resistance certification. 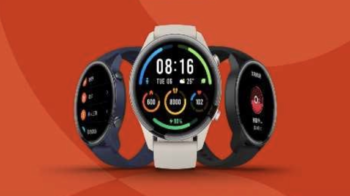