The recent quarantine has forced many people to find creative ways of spending their time. Many have started to play video games or watch popular video game streamers to entertain themselves.
With the imminent launch of OnePlus 8, the company has announced an unexpected challenge for fans, and great rewards will be offered to those who win.

With the OnePlus GameBox Giveaway, the company has tasked players to create and detail their idea for an OnePlus game.

Fans are encouraged to be creative and have the option to submit sketches, written projects, or even functional apps if they have the skill. It is not mandatory to create a digital game as a card, or tabletop games are also accepted.

There are also a few stipulations as participants will have to take into account the fact that the submitted content will not be accepted if it includes elements that are illegal or unacceptable. Originality is a must, and the use of content or elements which are copyrighted will lead to an automatic disqualification, even if the overall concept might be interesting.

It is also highlighted the fact that the awards will be shipped to North America, the European Union, or India. Google Play gift cards can also be issued in a limited range of currency: USD/EUR/GBP/INR.

It is important to promote the fact that staying at home will improve the chances of avoiding infection, even if it may seem to be boring. Eight winners will receive a gift box, and several items will be included.

One of them appears to be an upcoming set of headphones, while another will include the Warp Charge Bundle. Some will also win Play gift cards with a value of $50. Interested people can submit content until April 13, 2020, and the winners will be announced on April 15. New announcements will also be offered on April 13.

FMWhatsApp 8.35 Update Available with a Big List of Fixes 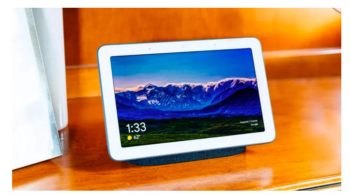 Google Home Can Handle Calculations For You In a Snap