Microsoft insists on trying to convince us all that Windows 10 represents the best of what the company has to offer, although many users are still clinging to Windows 7. Microsoft is regularly providing updates to Windows 10, although some of them had proven themselves to be total failures.

But nobody could deny that plenty of updates for Microsoft’s latest operating system had been improving the users’ experience with Windows 10 a lot. For instance, we can take the update that allows people to use the ‘Your Phone’ app that grants the control of a smartphone directly from the computer. Yet another update comes for Windows 10 to improve a crucial aspect of computers.

The optional update KB4583263 promises to solve swollen batteries for laptops. Microsoft teamed up with HP to provide a fix for those unpleasant moments found mostly on HP Business Notebooks. Therefore, grabbing the KB4583263 update via Windows Update or the Microsoft Update Catalog is a good idea. HP says that the update will not be visible to systems that are not needing it, saying: “Windows update KB4583263 only impacts those systems that already have HP Battery Health Manager in the BIOS. KB4583263 will not update your BIOS”.

Microsoft also has something important to say about its update:

“Microsoft is working with HP to distribute a solution to help address a configuration setting issue within HP Battery Health Manager on select HP Business Notebooks that can affect battery life and performance.  This update does not require a restart to take effect”

Oddly enough, Windows 10 is still free to grab and install from Microsoft’s official website. The option is officially inactive since 2016, but users are still reporting using it. You’ll just need an original copy of the good old Windows 7, and thus you’ll get Windows 10 for free. 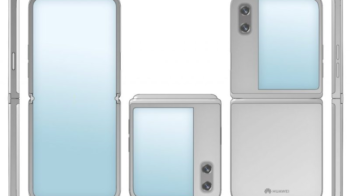 Samsung Galaxy F12 Might Be Launched Soon: What to Expect

How To Fix Google Earth Not Loading / Opening / Working Problems